Jon Russell, Washougal Republican City Council Member, Mayor Pro Tem, former candidate for Washington’s 3rd Congressional District and now candidate for Washington States 18th Legislative District seat being vacated by Jaime Herrera has been accused in both the Columbian and on Clark County Politics blog of laying claim to a degree he does not hold.

Both the Columbian and Thomas Edison verify it: Russell’s claim of a college degree is fake.

From a screen shot of Russell’s About Me page on his website from November 2009, I read his claim of “Jon’s experience in politics started as he was working on his degree in political science first at Vincennes University and finally at Thomas Edison College in Trenton N.J.”

His About me page, effective July 6, 2010 says, “Jon’s experience in politics started as he was working on his degree in political science first at Vincennes University and finished his degree at Thomas Edison College in Trenton N.J.”

Calls to Thomas Edison College confirm he was never awarded a degree.

Left unsaid in the Columbian post are allegations that he has claimed his wife and co-owner of Columbia Gorge Medical Center in Washougal is a “Doctor” and a “physician” when she is in fact an advanced Registered Nurse practitioner.

From the mouth of the New Black Panthers leader that DOJ’s Eric Holder recently dropped all charges against.

Follow
Rees Lloyd wanted to make sure you saw this.
Tell ’em where you saw it. Http://www.victoriataft.com

By Rees Lloyd
I am pleased to inform the readers of the Victoria Taft Show blog that the 9th Circuit Court of Appeal has issued an order granting the request to file additional letter-brief of The American Legion Department of California in the Mount Soledad National Veterans Memorial Cross Case (Trunk, et al., vs. City of San Diego, et al.)  The order was filed Friday, July 2, 2010.
The additional friend-of-the-court brief, submitted by the Defense of Veterans Memorials Project of The American Legion Department of California and the Alliance Defense Fund, of which I am an attorney and director for the Legion,  addresses the issue of the proper application of the victory of veterans and the defeat of the ACLU in the decision of the U.S. Supreme Court in the Mojave Desert Veterans Memorial Cross Case (Salazar vs. Buono), to the Mt. Soledad National Veterans Memorial Cross Case. 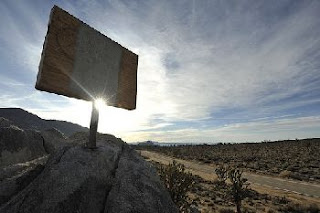 In brief, we believe the holding of the Supreme Court in the Mojave Desert Case, i.e., overturning lower court orders to destroy the cross honoring veterans there, and the Supreme Court’s observations rejecting the ACLU’s secular extremist position finding “offensive”  the inclusion of a cross to honor veterans at a veterans memorial, should be followed in the Mt. Soledad Case, which is now in its twenty-first year of litigation backed by the ACLU, which has become the Taliban of American liberal secularism.
The Mojave Desert Case, decided April 28, 2010,  was remanded by the Supreme Court to the U.S. District Court in Riverside, CA, for further proceedings in light of the Supreme Court’s ruling. The Ninth Circuit, which has had the Mt. Soledad case under submission since it heard oral argument several months ago, may rule at any time. The decisions in the Mojave Desert and Mt. Soledad Veterans Memorials Cases, and each of them, will be precedent-setting landmarks with nationwide impact on how Americans may honor their war dead and other veterans.
It should be noted that when the three-judge 9th Circuit panel heard oral argument, every seat in the courtroom was filled by an American Legionnaire wearing a Legion service cap. It was an unusual instance in which lawyers sitting as judges actually had to see in court the veterans who are impacted by their decisions to destroy veterans memorials beause a single atheist, agnostic, or ACLU-like secular fanatic is “offended” by the sight of a cross honoring veterans at a veterans memorial
Also, many have asked me about the status of the cross at the Mojave Memorial.  As I reported when I addressed delegates representing some 130,000 American Legionnaires at the Department of California Convention in Fresno, CA, June 24-27, 2010, the status is this:
Unknown secular extremist vandals tore the cross down on the night of Sunday May 9-10, less than two weeks after the Supreme Court ruled that the cross must be preserved. We know it was carried out by secular extremists because the perpetrator(s) caused a secular-extremist manifesto of the vandalism to be published by a newspaper, in the manner of the Unibomber’s media manifestoes.
Then, unknown patriots put an almost exact replica of the cross back up on Sunrise Rock, the rock outcrop in the Mojave Desert eleven miles off of the freeway on which members of the VFW had originally established the cross in 1934 to honor the service of WWI veterans. 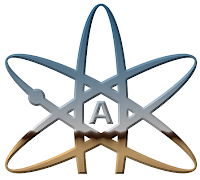 Then, the National Park Service, in the Obama administration, tore down the replica cross. The Obama regime rationale is, apparently, an interpretation of the Supreme Court decision that the Supreme Court did, indeed, rule that the cross at the Mojave Desert Veterans Memorial must be preserved — but that the Supreme Court meant only the cross that was there at the time that it ruled. In other words, the Supreme Court decision can be nullified by criminal secular extremist vandals.
That might appear to confound commonsense, but it is the apparent position of the Barack Hussein Obama regime and Attorney General Eric Holder.
As to the cogent question, raised by a Legionnaire at Convention as to whether the vandalism will be charged as a “hate crime,” I believe the answer must be stated in two parts:
First, vandalism of a church, synagogue or other religious building or symbol has regularly been treated as a “hate crime” under ordinary law enforcement. 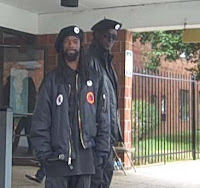 However, Obamalaw has been anything but ordinary. That is, whether it will be charged as a “hate crime” under Obamalaw as carried out by Attorney General Holder is not clear. It may depend on who the perpetrators are — by race. That is,  Holder’s dismissal of the prosecutions of New Black Panther members who menaced voters with a club at a November 2008 polling place – in order, they said, to ensure “black candidates,” e.g., Obama, were elected,  and the failure of the Obama-Holder Department of Justice to pursue any action against those SEIU thugs, one or more who was black, who beat up a black Tea Party patriot who was dispensing  Gadsden flags at a Missouri Tea Party, has raised serious questions about equal protection of the law and race-based enforcement under Obama-Holder.
Thus,  the answer to the question of whether the perpetrators of the desecration of the cross honoring veterans at the Mojave Desert Veterans  are charged with a “hate crime” may depend on whether they are arrested and charged before or after November 2, 2010.
Tell ’em where you saw it. Http://www.victoriataft.com 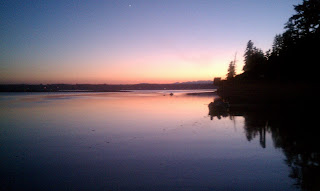 From October of 2009, but relevant today since were are getting closer and closer to the Democrats allowing the Bush Tax Cuts to expire.

“It isn’t a tax increase, it’s eliminating a tax decrease that was there!”