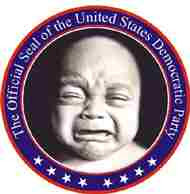 Everyone has heard the floor speech of Rep. Alan Grayson, Democrat Florida, where he claimed Republicans plan for healthcare is “if you get sick, die quickly.” He justifies his vitriol by claiming Republicans have no plan, even though every single amendment or bill submitted by Republicans is ignored or thrown away.

Calls of an apology for his “Joe Wilson” comments were met with the sarcastic “I would like to apologize, I apologize to the dead and their families that we haven’t voted sooner to end this holocaust in America.”

Grayson is not a native Floridian and gives a prime example of why many of us native Floridians moved away from the once decent state of Florida, too many New Yorkers with their vitriolic rhetoric and mean-spirited discourse in day to day life. Grayson is a transplant from the Bronx, New York.

This isn’t the first such time Grayson has verbally attacked Republicans in such an uncivil manner. Earlier in 2009, commenting on Rush Limbaugh hoping Obama’s policies fail, he blurted, “Rush Limbaugh is a has-been hypocrite loser, who craves attention. His right-wing lunacy sounds like Mikhail Gorbachev, extolling the virtues of communism. Limbaugh actually was more lucid when he was a drug addict. If America ever did 1% of what he wanted us to do, then we’d all need pain killers.”

Calls for an apology to Rush for that over the top claim brought, “I’m sorry Limbaugh called for harsh sentences for drug addicts while he was a drug addict. I’m also sorry that he’s bent on seeing America fail. And I’m sorry that Limbaugh is one sorry excuse for a human being.”

Appearing on CNN’s Situation Room to “discuss” his hateful comments, refused to back away from his hate filled speech by now saying Republicans are, “foot-dragging, knuckle-dragging Neanderthals.”

Even the bombastic James Carville cringed at this and said, “I would call (them) regressive as opposed to Neanderthal,” after first congratulating Grayson for having “the courage to go up and say what he said.”

Grayson also went on to say of the majority of Americans now opposed to this debacle of a plan, “whoever it is that’s causing the Republicans to fight tooth-and-nail against anything, absolutely anything, to have every vote come down to being 257 to 175 in the House, over and over and over again. Those are the people who are really disserving Americans.”

Republicans offered the usual weak comments from National Republican Congressional Committee spokesman Ken Spain of “Grayson is doubling down on his despicable remarks and he is dragging his party with him,” adding “This is an individual who has established a pathological pattern of unstable behavior. He is derailing the national debate on health care reform and embarrassing his constituents as a result.”

Tennessee Republican Jimmy Duncan said, “That is about the most mean-spirited partisan statement that I’ve ever heard made on this floor, and I, for one, don’t appreciate it.”

Marsha Blackburn, another Tennessee Republican said, “It’s fully appropriate that the gentleman return to the floor and apologize.”

We shouldn’t be too surprised at such vitriol coming from Democrats when they are demanding a more civil discourse; they have a history of slinging such vitriol at opponents instead of civilly discussing anything.

Frances Rice, Chair of the National Black Republican Association reminds us of the mean-spirited calls Democrats make against Black Americans who leave the Democrats “political plantation” and express conservative ideals.

Civility seems to be unknown to Democrats.

Calls upon Speaker of the House Nancy Pelosi to condemn Grayson as swiftly as she did Joe Wilson are being met with *crickets.*

True to the innate of Democrats, Washington State Governor Chris Gregoire, who ran on a no tax increase pledge last year is turning her position around 180 degrees as reported in The Olympian.

Gone is “There is no way to tax your way out of this problem. We have to live within our means,” replaced by “I didn’t want revenue last year because I couldn’t figure out how you could do a revenue package that wouldn’t hurt the economy, either individuals or businesses. We’re still stuck in that rut but I’ve told the leadership, ‘Come make your case. My door’s open, you can make your case.’ But I don’t want to do anything that adversely impacts our economic recovery.”

With everything in the economy worse, how does she think any increases will not “adversely impact our economic recovery?”

Her main concern now seems to be, “And on higher ed, you take too big a toll on higher ed and it won’t recover any time soon. … You can give it more money but once you’ve lost those Nobel Prize educators you don’t get them back.”

After all, isn’t paychecks were revenues come from?