What about this one, then?
h/t Andy from Beaverton

Watch Motorized Toilet on CollegeHumor
Tell ’em where you saw it. Http://www.victoriataft.com 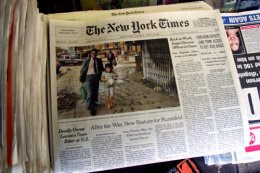 What about this one, then?
h/t Andy from Beaverton

Watch Motorized Toilet on CollegeHumor
Tell ’em where you saw it. Http://www.victoriataft.com

How despicable that he says of our Troops,

“Forget about bringing the troops home from Iraq. Can we bring them home from World War II? Can you believe that in 2009, we still have 50,000 troops in Germany, and 30,000 troops in Japan? At some point, their people are going to have to learn to rape themselves!”

Maher is a braindead liberal, but this is cheap and low, even for him.

Please join me and contact HBO’s Realtime with Bill Maher demanding he be fired for this outrageous disparagement of our Brave men and women in the Military.