My how things have changed in the 60 years of my life. People once saw how our freedoms were in danger with all the government takeover. But, be it lazines or just complacency, too many willfully turn over their freedoms now.

Chicago Tribune:
Five weeks after the State of Hawaii vouched for the authenticity of President-elect Barack Obama‘s birth certificate, the controversy over allegations that Obama is not eligible to take office next month has reached the Supreme Court, which is expected to announce Monday whether it will consider the matter.

In their own words (edited for brevity, potty talk and target):

portland is a progressive town with a lot of radical minded individuals. whydoes a shop like (removed) still exist? this makes no sense to me. (Removed)has blood on their hands and we will never back down until they close down!the cold day didnt phase the activists as they were all heated up with passionand anger due to (removed) bloody business. at about 3 pm we decided totake a lunch break. break didnt last too long, we wanted to get back to (removed)to show them that we were not backing down until they stopped the killing.

portland police decided to stop by, six squad cars to be exact. they aint sh**.
…they now know that we are not f*****g around.
…as long as there is injustice, expect resistance!
– anonymous activist 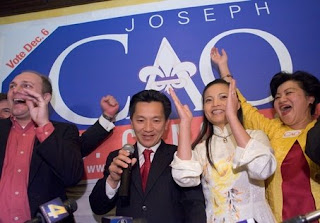 Even though under indictment, Democrat Party leadership allowed Democrat Jefferson to retain his seat in the House of Representatives.

The election of Cao, in a predominant African-American Democrat stronghold, denies Democrat Jefferson a tenth term in the United States House of Representatives. Cao is the first Vietnamese-American that will serve in Congress.

CBS News earlier reported that Democrat Jefferson is likely to face trial on the “16-count indictment charging him with taking bribes, laundering money and misusing his congressional office for business dealings in Africa.”